I had three main goals for this prototype project. Firstly, I wanted the opportunity to familiarize myself with soldering electronic components. Secondly, I wanted to create a simple circuit that allowed a small brick-sized solar panel to charge a battery. And lastly, I wanted the battery to be able to power a USB device. 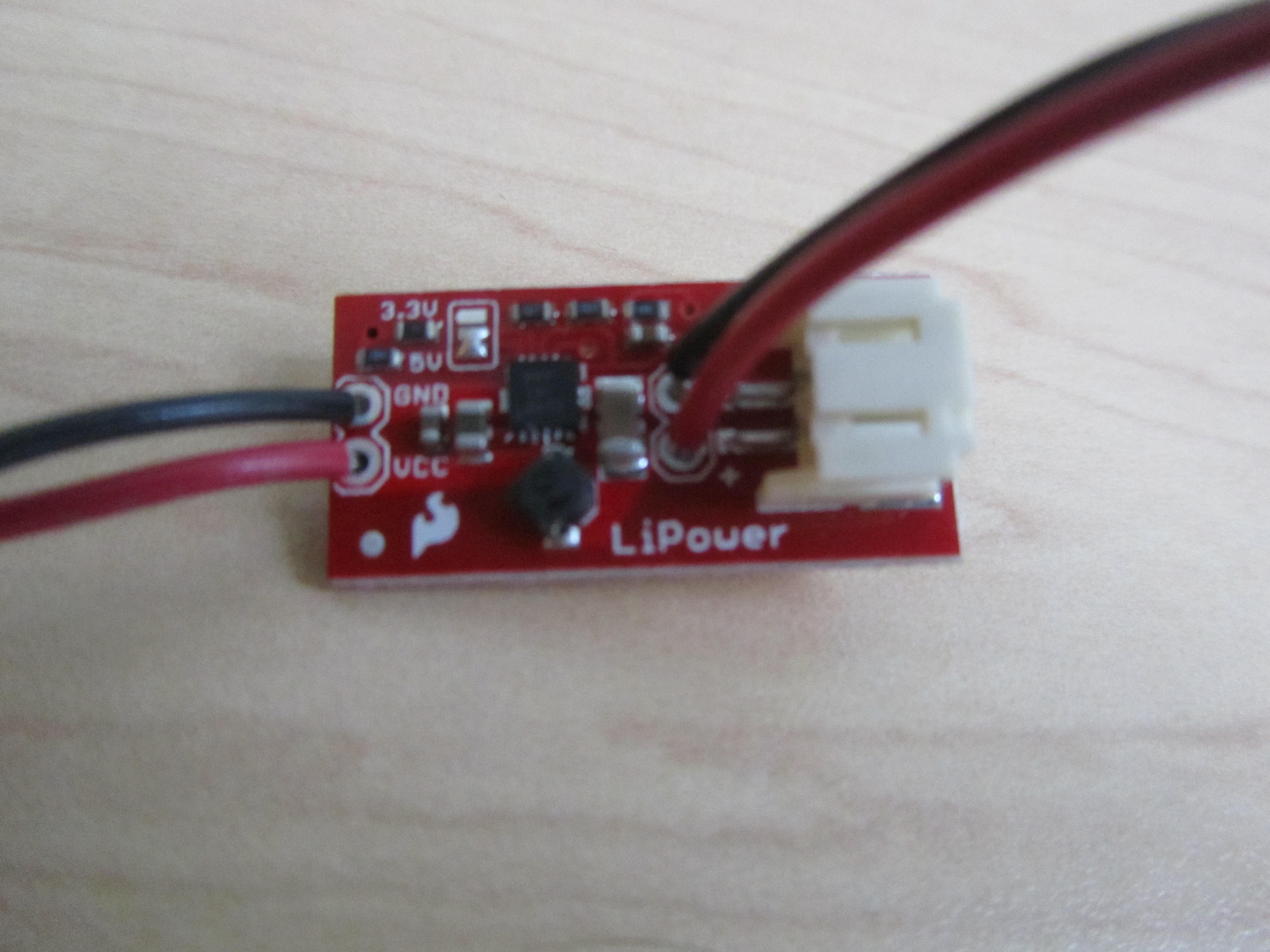 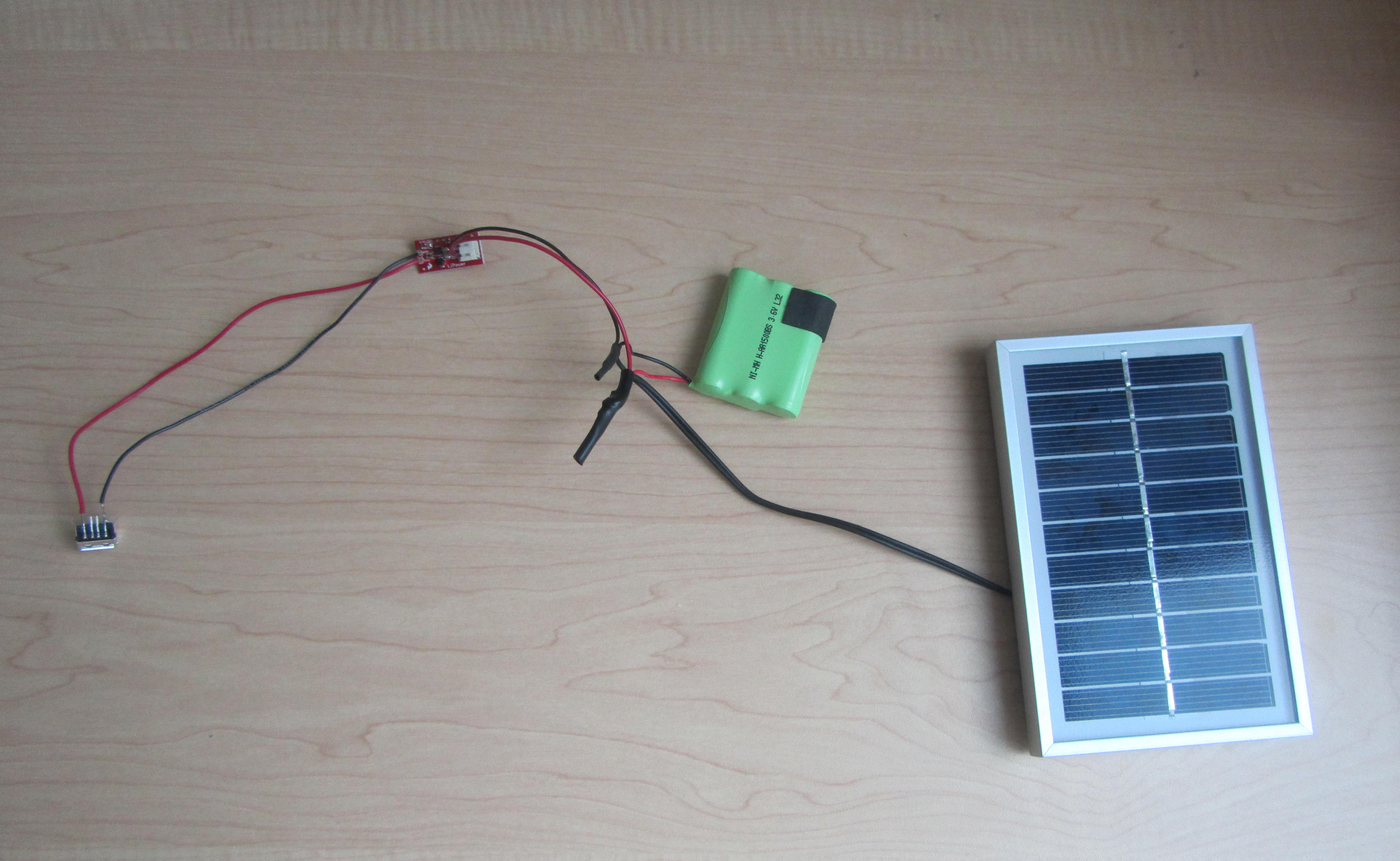 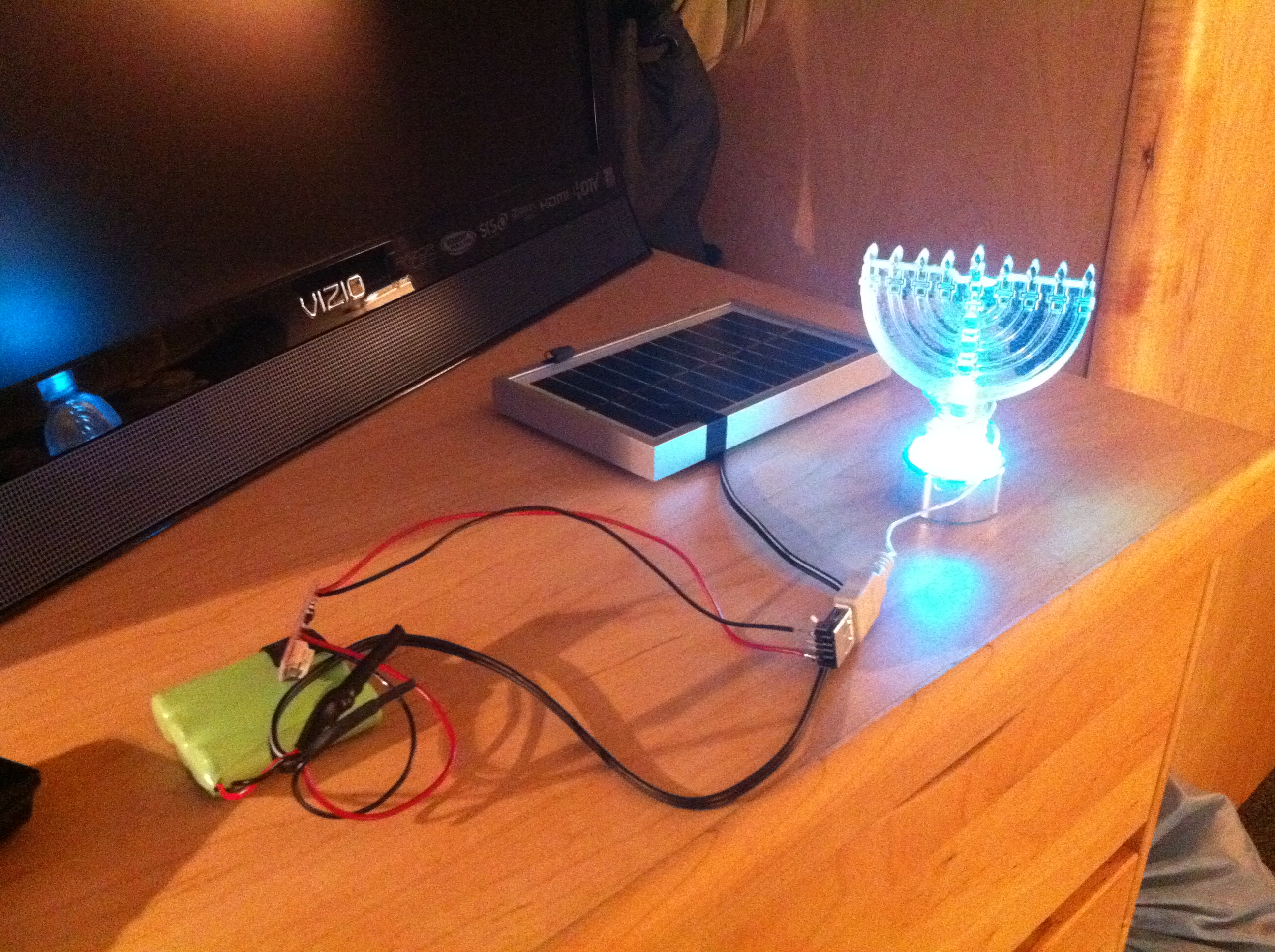 This was my first attempt at soldering electronics. I tried things that were both successful and unsuccessful. While soldering the wires from the battery to the boost converter, I mistakenly short circuited the battery when the tip of the soldering iron made a connection between the vcc and gnd wires. The battery began to burn. Lesson learned! However, this project was fulfilling in that I was able to complete the three goals I originally set out to achieve.

Thank you to Mark Feldmeier for his assistance!